Getting it in writing 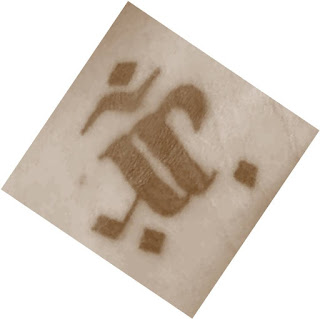 My life changed on 19 December 2001.
That was the day The Fellowship of the Ring movie came out.
I'd never been a fan of fantasy (my fave movies being about real people), yet I was drawn to the project without knowing why.

Being a non-reader ... there, now you know ... I was not a reader. I was someone who always had a graph pad and mechanical pencil on hand to work on 'projects.' Plus, I drew - photorealism being my jam.

I'd been raised in an era where onscreen heroes were the guys with the biggest weapons, the biggest muscles, and the biggest attitudes. So when this little barefoot hobbit with no fighting skills aside from rock-throwing volunteered to do the most dangerous job in Middle Earth in order to vanquish the realm's supreme evil, I was in shock. It changed everything for me.

***TRIGGER WARNING***
I walked out of the theater saying, "A dark lord, a regular guy ... So basically, Star Wars is Lord of the Rings in space, and Harry Potter is Lord of the Rings at a school of magic." Blasphemous, yes I know, but that's how I felt at that moment, not yet knowing about Joseph Campbell or the hero's journey.

A couple co-worker friends and I began going to that film as a way of hanging out, culminating in my seeing the movie in a theater more times than I've ever admitted to anyone. Inspired by the cast's communal tattoo, we decided to get tattoos that incorporated the collective number of times we'd seen the movie together, along with our individual initials, all written in Elvish. Mine turned out as shown.

I chose to get the ink on my wrist where I could hide it from my mom under my watchband. I always wore big watches. Shortly after getting the tattoo, a strange thought assaulted my mind - a thought I poopoohed at the time. It was something along the lines of "Every time you see that tattoo, remember you are to become an author and write your epic story. The tattoo will ensure you never forget."

I did forget though, and for quite a while sought to remove or modify the tattoo. Unfortunately, it would not easily convert to a TARDIS as I'd hoped ;)

It has since become the symbol of the language Naturim.
at December 19, 2001

Email ThisBlogThis!Share to TwitterShare to FacebookShare to Pinterest
Labels: Fruition