The other day I was asked to "share my story" with a group of female entrepreneurs in a Facebook group. The following is what I submitted: 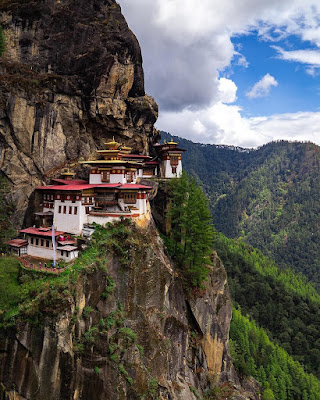 Our darling fearless leader, Jennafer, sweetly asked me to share a bit of what I've experienced as an entrepreneur. When I started out in the mid-nineties, I was full of enthusiasm, wide-eyed, ready to dive in and work hard. Some things I tried worked. Others didn't. Still others were incredibly well received but sapped my resources to an untenable degree. I ended up opening a retail eatery, fine dining restaurant, catering company, and a theater company, running 3 of them at once. I'm single, and at the time, I owned a million dollar home, 5 cars (including a Jag convertible and Bentley prototype limo - all vehicles purchased in cash), went on trips on a whim and thought I was on top of the world.

Years prior, I'd made spirituality a priority, but looking around one day at all my "stuff," I decided to get rid of everything and live "without a net." Everyone in my family had passed, and the time seemed right to take a risk. I got rid of it all. Fast forward several years, and as I was in the throes of starting a new venture, I found myself battling with stage 4 lung cancer--the kind that involves the doctor telling you to get your affairs in order. I needed to dig in and deal with that to the exclusion of nearly everything else.

After having had many successes in business, I found it odd that none of the work projects I started seemed to bear fruit. I couldn't understand it. For the last nine years, no matter what I tried, things bombed. Then the lightbulb went on. Had the business activities I was working on while dealing with cancer been successful, I would not have been able to fulfill those commitments. I was too busy dealing with health stuff. Additionally, everything I did and learned during those years of "failure" is now being incorporated into my opus project that launches in February. Because I was down in the trenches, I didn't have the perspective to realize everything was falling into place exactly as it should, in its own time.

Business activities that I've viewed as "philanthropic hobbies" have not only paid the bills throughout this time, but I'm now seeing how they fit into the big picture going forward. There is absolutely not one single thing I've worked on in the last 10 years that was wasted effort. All of it is being incorporated into that big picture I was not able to see clearly because I was too close to it. The mega project that launches next year already has a number of programs in place because they were just waiting in the wings for their time in the sun. There is already interest, I'm finding my "tribe," folks are already participating and feeling blessed, funds are coming in, and with some of the projects I'm seeing my most cherished dreams come true.

The point of this long-winded homily is that you never how or when the seeds you sow will bear fruit. My situation has been akin to the growth of bamboo. I kept working and working and it looked like nothing was happening. Then all of a sudden, the growth has shot up to the sky. I can't wait to report back a year hence with an update, but for now, I couldn't be more grateful for my decade of struggle, as it's been the best of my life.

Email ThisBlogThis!Share to TwitterShare to FacebookShare to Pinterest
Labels: Fruition